One of the most successful Ethiopian film releases of 2019 - domestically and internationally - Enchained (Quragnaye), is set as the first feature to screen online on a new movie channel from the already established subscription-based habeshaviewTV, which since 2014 has offered Ethiopian and other international television programs to the world-wide diaspora.Enchained will be presented starting April 18th, 2020. The film runs 90 minutes in Amharic with English subtitles and is unrated. To screen Enchained, available world-wide except for Ethiopia, there is a one-time $5.99 fee for 48 hours, or subscribe to habeshaview monthly or annually to access all its programming, visit: www.habeshaview.com 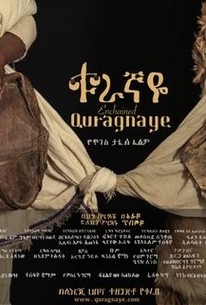 In order to free his childhood sweetheart, wanderer student Gobeze is chained and travels with her kidnapper to the royal town to debate and defeat his opponent at a beloved queen's court. Set in 1911, Enchained is a story that delves into an extraordinary traditional law that was abolished during modernity in Ethiopia.
Email Post